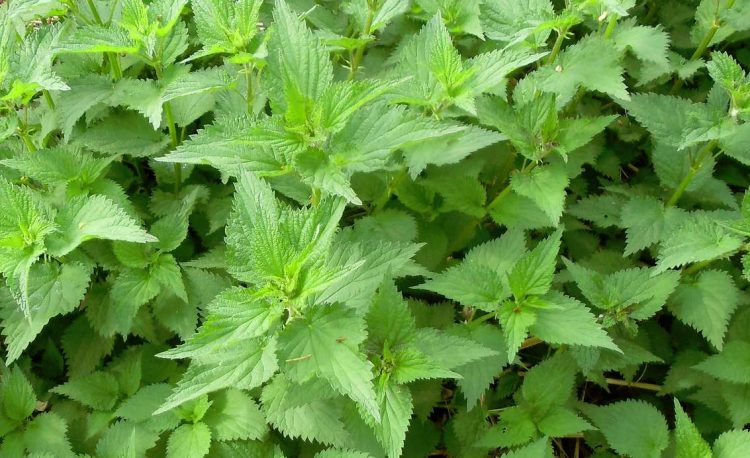 When it comes to a summer walk, stinging nettles can be a bit of a hazard. Almost all of us have vivid memories of being stung by stinging nettles as a child. And many of us will recall a parent of grandparent reaching for a dock leaf and rubbing it on the stinging area, helping us to feel better and get back on our way. But have you ever wondered why it is that nettle sting in the first place? And do dock leaves really help when you’re stung?

There are a few different types of nettle. The common nettle is the most common type of nettle found in Europe and is more than likely the type of nettle that first comes to mind. Easily identified by it’s green leaves with deeply serrated edges, it’s often found amongst other plants in more damp environments. However it can also be found in meadows, enriched or disturbed ground. Both the stems of common nettles and the underside of the leaves are covered in hollow hairs which can sting you.

Though we consider nettles to be a bit of a pain, they are actually extremely important for our wildlife, as they provide a food source for:

Why do Nettles Sting?

Common nettle can sting because that’s it’s natural protection from predators. The sting causes a predator or would-be predator that would eat or uproot the plant to stay clear. As you may well know, people tend to steer very clear of nettles once they have been stung a couple of times!

There are actually several species of dock leaves.  The most common species in the UK is called the broadleaved dock. It is easy to spot due to its large oval leaves that have rounded tips. The stems and leaves often have a reddish tint to them. Like nettles, dock leaves also thrive in damp, enriched and disturbed ground, so they are often nearby once you have been stung. Not only do dock leaves relive stings from nettles, they also provide a food source for the small copper butterfly.

There are a couple of theories as to why dock leaves appear to help nettle stings. Here are the most plausible:

Either way, if you’re ever stung by a stinging nettle, there’s no harm in grabbing a nearby dock leaf and giving it a go.